A downloadable game for Windows

Mikul the Netherbound is a 2D adventure game set in the depths of an ancient forest where exploration, combat and narrative carry a heavy weight in the development of the story.
Our hero Mikul will have to face many challenges as he delves deeper into the mysterious forest, facing dark creatures and being confronted with intricate puzzles. He'll make use of the resources and the magic that the forest will place at his disposal, in order to reach one of the several endings available in our story.

You are going to download a pre-alpha version of the game for windows.

Hello newyear, sadly you'r right, the project is dead. We ran out of money after a year of development and we needed to start new jobs.

Also the game has several game design issues that neither pablo or I has the proper professional formation to solve them.

Thank you for trying our build and Im glad that you enjoyed it :)

Good work, keep it up!

I really like the style so far and pretty much anything visual you made so far.
The gameplay also feels pretty solid for that early stage of development.

I'm sure you're planing some of this stuff already and I read that your animations are being redone, so maybe you're already doing the following. But I thought I could mention it anyway. :3

Every attack of an enemy should be predictable. You're doing this quite well so far, except for the little trees. But keep this in mind for every enemy and every attack you're implementing. This is probably one of the most important things about such a battle system... (but I'm not a professional xD Just my experience as a gamer)

Also the player seems to lack any kind of hit feedback. I can only tell I got hit by looking at my healthbar.

Also the AI seems to be a bit... hm... how to put it... it's not very challenging... (I don't know what kind of difficulty you're planing for the game though.) The only game I can compare this to atm is Hyper Light Drifter. And there everything was a good bit faster and you had to take care where you position yourself etc.... (As said. Depending on the kind of difficulty you're planing, this part of my feedback could be useless to you. xD )

I absolutely love everything about loot gathering and crafting so far. It feels good and it's fun to look for resources at hidden paths. <3

I also like the UI. It's informative and not cluttered. (Only the book could maybe only be shown if something new was found...)

And one hint for the speech bubbles. Unity lets words "jump" to the next row if you write text letter by letter. This looks a bit odd. But there is a very easy workaround. Instead of writing the string letter by letter, write it at once. But keep its color's alpha at 0. And then change the alpha letter by letter to 1 (or was it 255?). You will have the same writing effect. But without the word jumping. :D

So.... I had much fun with the demo. Keep up the great work! This is absolutely a game I will buy when it's released, :3

Thanks for your kind words and your feedback, you nailed it in almost every point :)

Hi the game is running without any sound, is that intended?

Yes, saddly we don't have sound/music 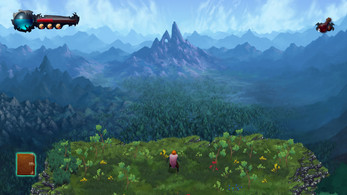 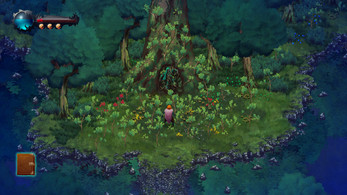 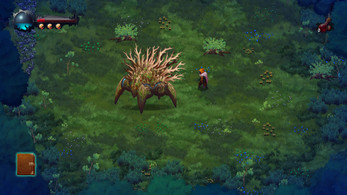